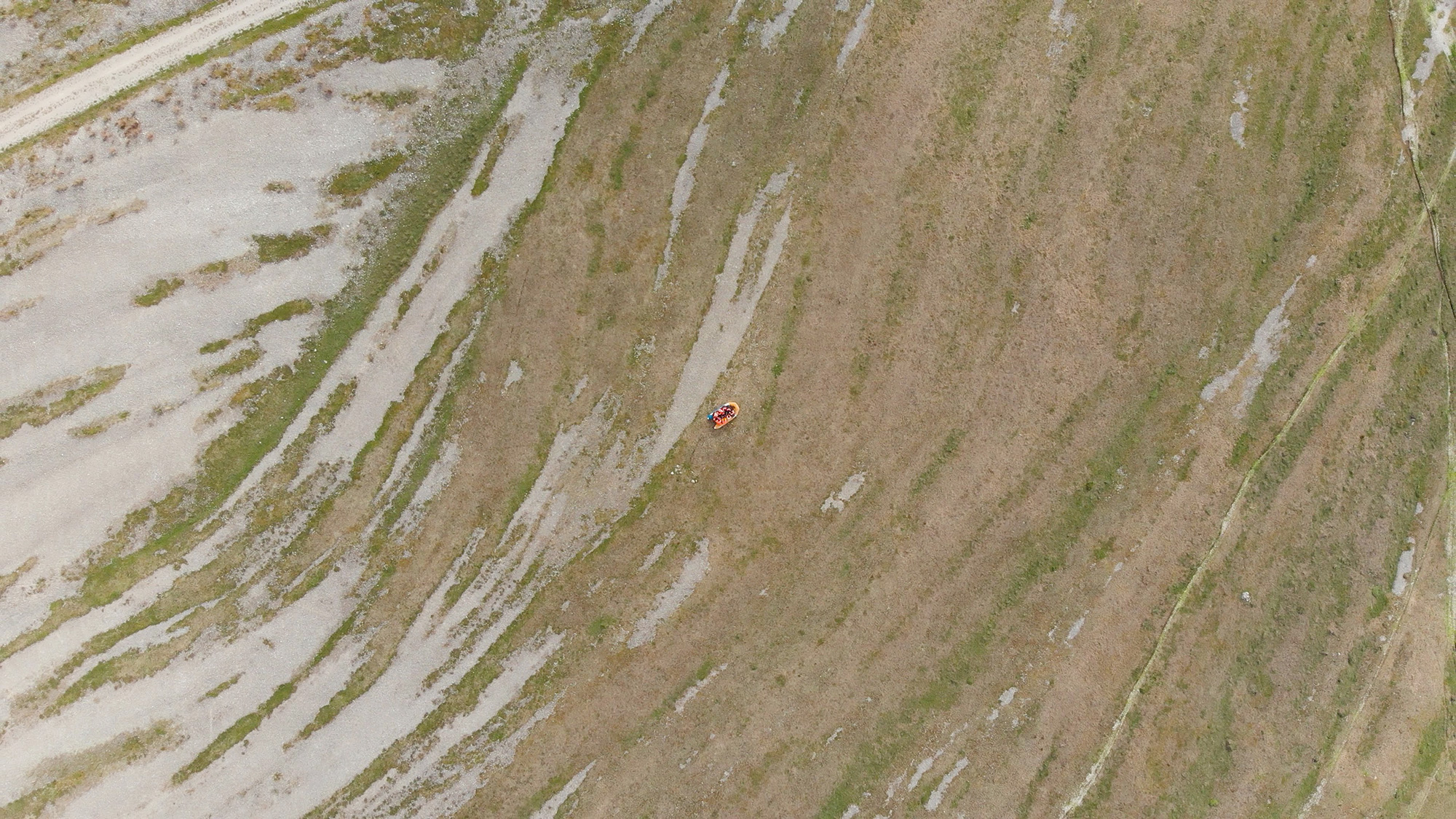 The Excursion is a collaboration between BAC and Wisbygymnasiet (Visby upper secondary school), where about 160 fifth graders from eight schools on Gotland participate in a full-day excursion to Fårö with various workshops that explores issues of democracy, freedom of speech and community engagement.

The workshop programme for schoolchildren is inspired by the art of Kurdish artist Fikret Atay. As part of a BAC residency in 2018, he produced the short film The Flood with support from the Swedish Arts Council, Film Gotland and Örebro Konsthall. The film revolves around the experience of escape and exile and was recorded on the island of Asunden in northern Gotland together with a group of immigrants.

With the aim to mediate the important issues raised by contemporary art, BAC applied for a project grant for Integration and Inclusion from Region Gotland, in order to conduct a number of workshops where The Flood will be shown to schoolchildren in grade 5. Through a collaboration with the educator Niklas Westergren, teacher of social science at Wisbygymnasiet, a workshop program was created, which deals with refuge, exile, artistic freedom, democracy, civic courage and the reception of refugees on Gotland from a historical perspective. The program also connects to the Swedish national school system curriculum and educational objectives of the fundamental democratic values on which Swedish society is based.

Through the project Niklas Westergren wants to ask the schoolteachers of the participating classes questions like “How do we teach our schoolchildren to be active citizens? Is it possible to teach empathy and commitment?” In his opinion one of the most important issues of school today is getting young people to believe in the future and their ability to change it.

Through collaboration with Bergman Center, the project was developed into a full-day excursion to Fårö where the classes will be guided through different experiences: film screenings, new meetings, self-reflection and discussions on the themes of the project. Through the School of the Arts network for distributing culture to Gotland schools, 8 classes with a total of about 165 schoolchildren were able to sign up to participate in the Excursion, during four days in November.

Through the support of Wisbygymnasiet and the Swedish Church in northern Gotland, the children will be offered free bus rides. Niklas Westergren has also involved pupils from Visby Upper Secondary School programme of Education as teacher assistants, who will guide the schoolchildren and activate them during the bus trip to Fårö.

Fikret Atay participates in the workshop programme and will show The Flood and earlier film works that in various ways has affected his possibility to work freely in Turkey as an artist. The schoolchildren are introduced to the concept of “asylum artists” and will discuss issues related to freedom of speech. They will also have the opportunity to participate in a drawing workshop with Fikret Atay.

On the way to the Bergman Center, the bus stops at Fårö church where the schoolchildren meet Kerstin Blomberg, active in the refugee network “Together in the North”. Here the schoolchildren will learn more about the refugees who have come across the sea to Fårö through history. The Swedish Sea Rescue Society in Fårösund has also been involved, so that the children will meet people in local associations with experience of working voluntarily with important functions in society.

The Excursion is realized with support from the Region Gotland grant of Integration and Inclusion.

It’s made possible by collaborations with Wisbygymnasiet, Bergman Center, the Swedish Church in northern Gotland and the Swedish Sea Rescue Association.

Thanks for generous support from the Swedish Church in northern Gotland, Film Gotland, Destination Gotland and Föreningen Visby Barnkrubba.