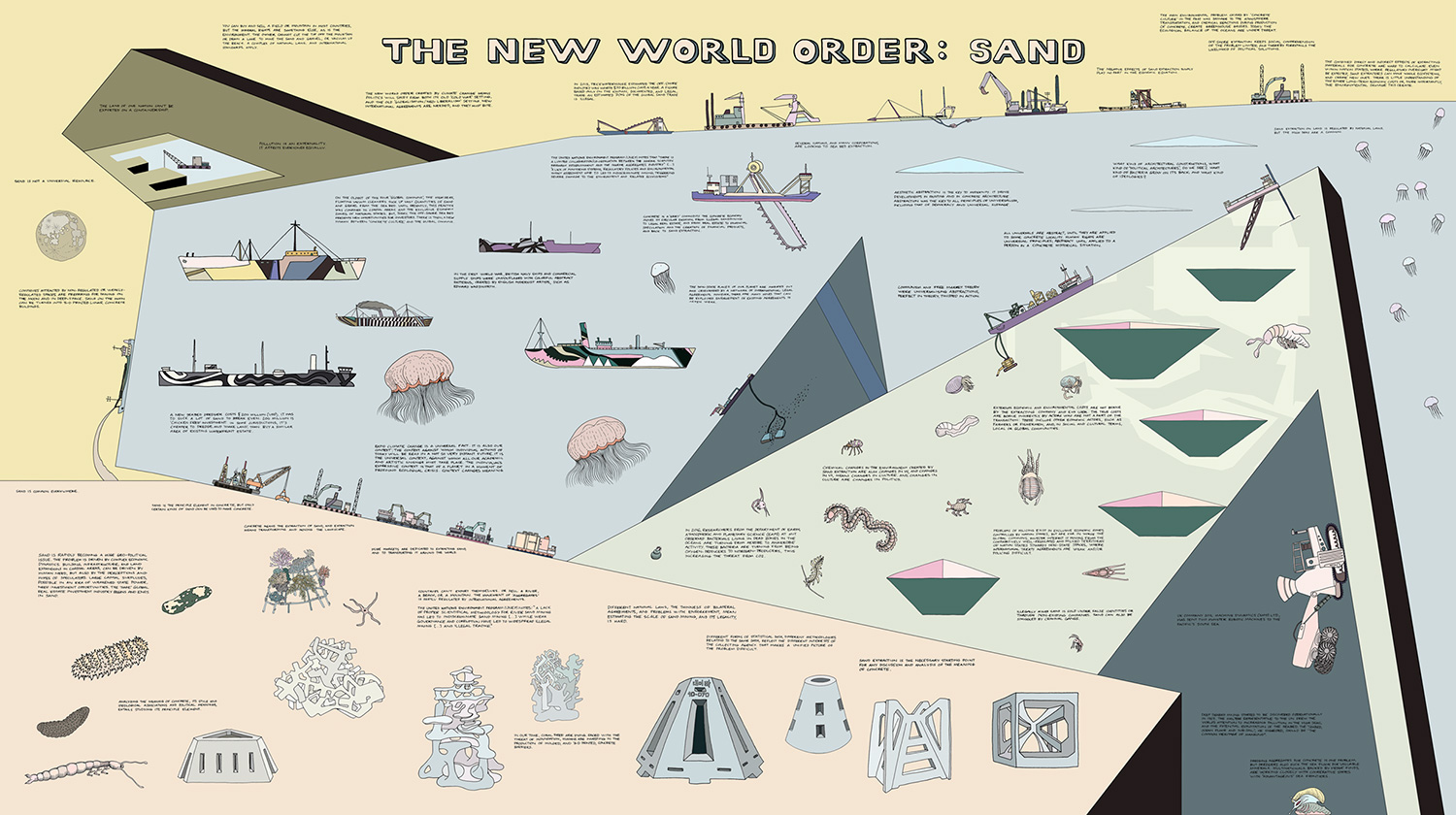 BAC and Uppsala University Graduate School in Sustainability Studies (GRASS) have jointly launched the GRASS Fellow programme that invites artists with a particular focus on sustainability to establish and develop new relationships and ways of working in the research environment at Campus Gotland. The aim is to enrich campus with artistic experiments, field trips and exhibitions to contribute to increased curiosity, consciousness, and knowledge about sustainability issues.

The Danish artist and researcher Rikke Luther’s artistic work explores the new interrelations created by environmental crisis as they relate to Earth System. Encompassing themes related to landscape, language, politics, financialization, law, biology, and economy expressed in drawn images, photography, and film. As a GRASS Fellow she engages in exchange with doctoral students at GRASS as well as master students of the Sustainable Management programme, for which she leads the workshop The Transformation of Chalk.

Rikke Luther will also work on More Mud a new art project, commissioned by the Nordic Alliance of Artists’ Residencies on Climate Action (NAARCA), that examines the new “mudscapes” that are developing as the planets heats and thaws.

Rikke Luther is a Danish artist based in Copenhagen. Luther’s work has been presented in Biennales and Triennales [such as Venice, Singapore, Echigo-Tsumari, Auckland, Göteborg and Sao Paulo]; museums [such as Moderna Museum, Kunsthaus Bregenz, The New Museum, Museo Tamayo, Smart Museum]; exhibitions [such as Beyond Green: Towards a Sustainable Art, 48C Public.Art.Ecology, Über Lebenskunst and Weather Report: Art & Climate Change]: as well as film festivals [such as CPH:DOX* – Copenhagen International Documentary Film Festival and the Perth International Film Festival]. Since the 32nd Bienal de São Paulo in 2016, Luther has been working solo. Prior to that, she worked exclusively in collectives, co-founding Learning Site (active 2004 to 2015) and N55 (active with original members 1996 to 2003). She defended the PhD Concrete Aesthetics: From Universal Rights to Financial Post-Democracy in 2021. It will be published in 2023 with extended texts by Esther Leslie and Jaime Stapleton. Luther has held teaching positions in Denmark and given numerous guest lectures around the world.

More Mud Rikke Luther is currently conducting field studies for a new research project: More Mud, outputs of which are due in 2024. The project is commissioned by the Nordic Alliance of Artists’ Residencies on Climate Action (NAARCA), of which Baltic Art Center is a member. More Mud is part of Luther’s postdoctoral research The Ocean-Lands: Mud Within the Earth System, which is based at Queen Margrethe’s and Vigdís Finnbogadóttir´s Interdisciplinary Research Centre on Ocean, Climate, and Society (ROCS) and at The GLOBE Institute / Danish Natural History Museum / Center for Macroecology, Evolution and Climate.

The programme 2022-23 is made possible by the Swedish Arts Council.

More Mud is commissioned by the Nordic Alliance of Artists’ Residencies on Climate Action (NAARCA).