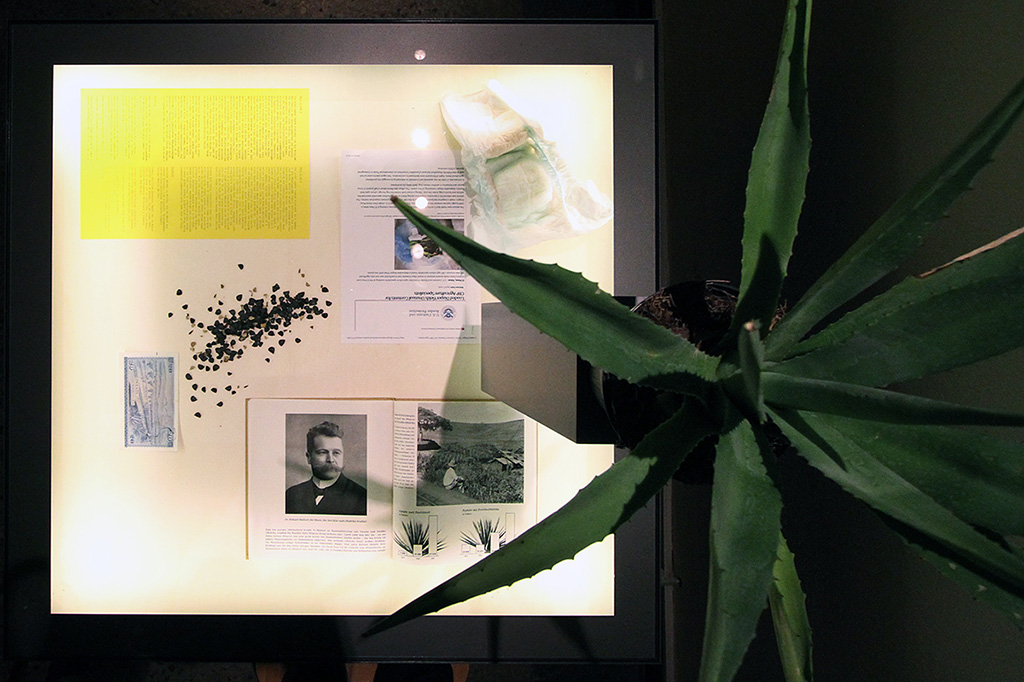 Towards Slite International (TSI), is a pilot for a project anchored in its locality and built with the cultural infrastructure and resources of Gotland. The rich commissioning and production history of BAC serves both as a foundation and a tool for initiating Towards Slite International. The project continues to expand the institution’s legacy in developing research-based production that is rooted in Gotland but contextualized by international expert knowledge.

“We can’t just wait for another future to arrive” (Rosi Braidotti, 2016)

Background future_island was three expert meetings and seminars organized by BAC with the aim to further support its ongoing exchange of methods of contemporary cultural production within and beyond Gotland. Each seminar addressed various notions such as: publicness; multidisciplinary working; context- and site-specificity; approaches to artistic and moving image research and experimentation in time-based forms. Exploration into these topics supported the development and launch of a new pilot, Towards Slite International (TSI).

Towards Slite International TSI would investigate further how site-specific situations: post-industrial developments, landscaping combined with permanently or temporarily sited interventions, sculptural/architectural elements, participatory projects can encourage conversations around urgent environmental, political and social dilemmas including regeneration, migration and cultural integration. Embedded in Slite, its close vicinity  and Northern Gotland TSI aims at interacting directly with both the various localities –their histories, topographies and considers inhabiting, if even temporarily, places and sites that are not primarily known for their art scenes and are outside the usual art hubs. In cooperation with individuals, locally based industry, entrepreneurs, and regionally-based (self-)organizations the project´s main objective is to create the necessary basis for working with artists on long-term context-sensitive projects that support community development and successful youth and audience engagement in local contexts.

The primary material for TSI – as much as it was for the first phase of future_island – consists of the island itself both as a heritage site, network of human and non-human resources, and as a site of research and production, as well as a potential testfield.

Seminar TSI started with a week-long residency, site-visits and public evening seminar in December 2015 in order to develop the framework for a long-term engagement and production of both temporary and more permanent work on Gotland. Participants included art historian Cecilia Gelin, and artists Ingela Johansson and Åsa Sonjasdotter who together with Anna Norberg and Livia Paldi (BAC) discussed models and practices of collaboration, dialogue and hosting. The residency drew attention on small museums and memorials and the role and strategies of mostly voluntarily run local organizations who safeguard particular cultural heritage.

Cecilia Gelin is a Swedish art historian and Gestalt psychotherapist, based in Brussels. She has been involved in extensive change processes of art and culture institutions and is interested in artistic processes and people's opportunities to grow within and outside the institution. She examines ways of how art and culture can be the driving force in society, inspired by dialogue, meeting places, cooperation, co-production and dissens. Cecilia Gelin has previously worked as Dean at Kunst- og designhøgskolen in Bergen, KHiB; Director at the NIFCA, Nordic Institute for Contemporary Art, Helsinki; Chief Editor Paletten, Gothenburg; Lecturer in Art History and Cultural Theory at Valand Academy, University of Gothenburg.

Ingela Johansson is a Stockholm based artist whose artistic practice often responds to site-specific issues, using an interdisciplinary approach and combines various aesthetic strategies to create an engaging body of work. She questions the artist’s role as a catalyst and facilitator. Her aim is to expose and challenge the political, ethical, or social systems and the history writing about them, all of which control our everyday lives. Several of her works address the institution and the museum as a place for the public, as public space, and as an organization. Her work often starts with archive research and continues into presentations in a variety of media including video, photo, text and installation. As part of her practice, she has regularly collaborated with other artists and experts. Her book The art of the strike, voices on cultural and political work during and after the mining strike 1969-70 (eds. Martin Högström, Kim Einarsson) was published by Glänta in 2013. Her most recent exhibitions and projects include Moving mass, Kalmar Konstmuseum, 2015-16. She is the Reserch-in-Residence at BAC in 2015-16.

Åsa Sonjasdotter is an artist born in Helsingborg, Sweden, living in Berlin, Germany. Sonjasdotter gathers stories from co-specie entanglements of people and plants. For quite some time she has been immersed by stories of potatoes, a plant that fed the industrial and agricultural revolution, making possible vast cultural and demographic changes. In her artistic practice, Sonjasdotter brings about processes of matter, memory, loss and prospect, through the cultivation of plants, imagery and stories. She is a founding member of The Neighbourhood Academy, a bottom up learning site and a branch of Prinzessinnengarten, an urban garden in Berlin, Germany. She has been professor at Tromsø Academy of Contemporary Art in Tromsø, Norway, an institution she took part of establishing in 2007. From 1996 to 2006 Sonjasdotter was a founding member of the Danish feminist art- and action group Kvinder på Værtshus (Women Down the Pub). Sonjasdotter has studied at The Royal Danish Academy of Fine Arts in Copenhagen and at Trondheim Academy of Fine Art in Norway. She holds an MFA from the Department of Theory and Communication at The Royal Danish Academy of Fine Arts. From 2014 she is a research student at the Art Department, University of London, UK. Her most recent projects inlcude DUMP! Multispecies Making and Unmaking, Kunsthal Århus, Århus, Denmark; D’après nature, Musée de la Chasse et de la Nature and Institute Suédois, Paris, France, 2015; Tote Wespen fliegen länger: bewegte Natur-Kulturen, Natural History Museum, Berlin, Germany, 2015.

Towards Slite International is made possible with the Regional Development Fund from the Swedish Arts Council.