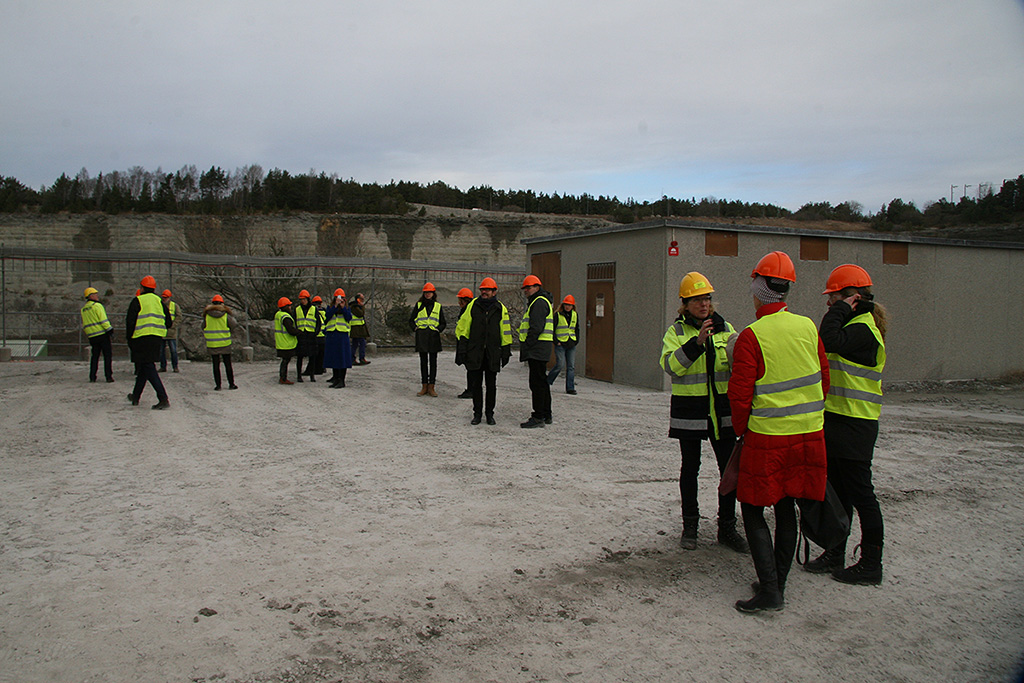 Visions for a future landscape in Slite 2030

future_island 3 focuses on Slite, a small community in the northern Gotland, with a long military history and built around large cement factory. While looking at projects in Sweden and Germany the seminar encourages participants to envision contemporary art as an instrument to develope the community. The situation is familiar to the island of Gotland, in the time-span of 15 years a lime-stone quarry is depleted and a huge whole in the landscape will slowly fill up with water. Citizens are invitied to aks questions and make suggestions for the future landscape.

The one day seminar is divided into 3 segments Morning field trip to the bottom of the quarry and a visit to the Cementa tower with a magnificent view of the surroundings for a Micro/macro view of Slite.

Local school children have been working with Gotland Museum art educator with visions for the future quarry on exhibit in the theatre.

Rainer Hauswirth, born 1960, studied French Philology and Political Sciences in Berlin and Toulouse. He worked since 1992 for the Goethe-Institut, the German Cultural Institute, in Berlin, Rome, Tel-Aviv, Porto and Munich. Since 2008 he is the director of the Goethe-Institut in Sweden, based in Stockholm.

Ingo Vetter is a visual artist working with sculpture, photography and installations. He exhibits internationally and often collaborates with other artists, resulting in long term engagements like the Detroit Tree of Heaven Woodshop (since 2005). An interest in city development and concepts of public space lead to research projects like Shrinking Cities (2002-2008) and consultancies like his current commission for a constantly moving public park in Kiruna, Sweden (2011 – approx. 2025). Since 2011 he teaches as a professor for sculpture at the University of the Arts Bremen, Germany with a specific focus on artistic materials and production in globalization. His previous appointments were as professor at Umeå Academy of Fine Arts, Sweden (2006-2011), visiting professor at College for Creative Studies in Detroit, USA (2008) and assistant professor at the Brandenburg University of Technology Cottbus, Germany (2005-2006). More information at http://ingovetter.com

is a series of three expert meetings/seminars that BAC organizes in order to support a qualitative exchange of contemporary cultural production and methods. Each meeting will focus on a specific genres, and how these can be successfully combined within the given conditions of Gotland.