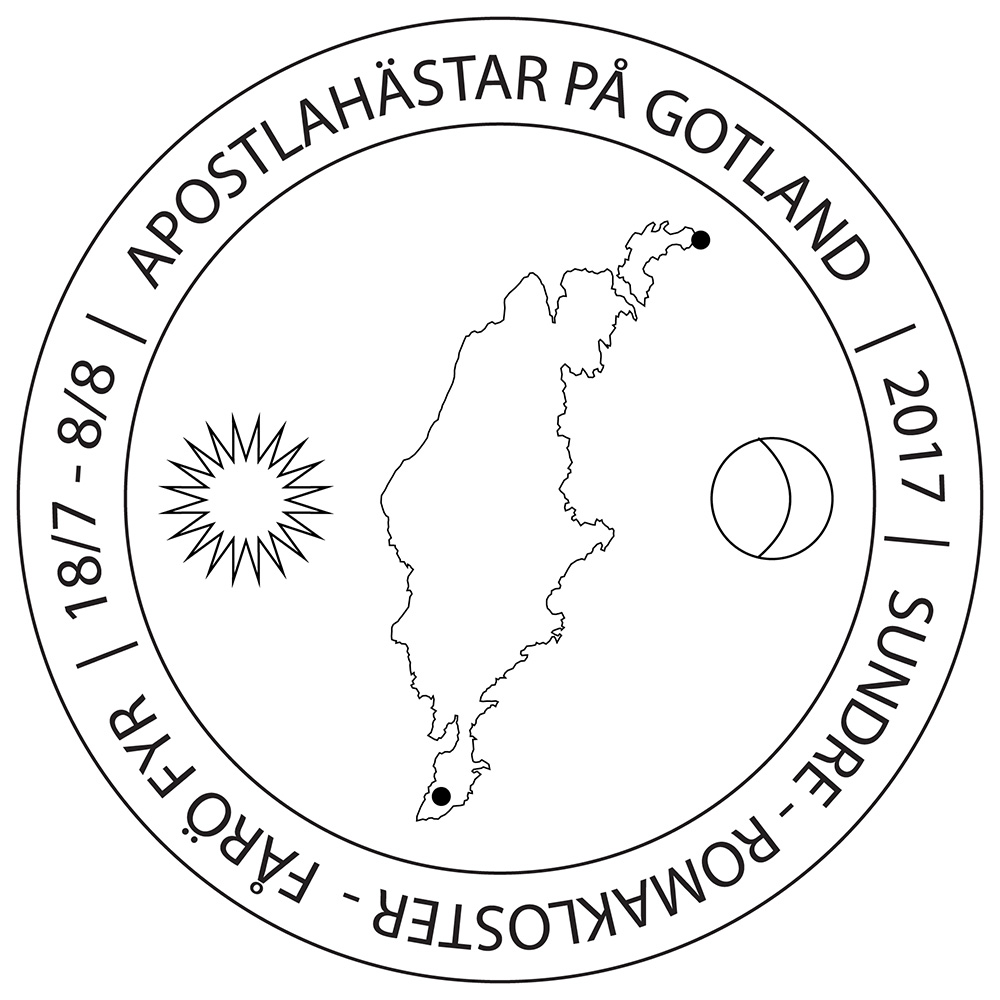 Apostlahästar på Gotland is an art project by Spanish artist Juanma González, in cooperation with Peter Lüttge among others, that invited a diverse group of people to walk together for 3 weeks during July – Aug 2017. Like a pilgrimage, Apostlahästar på Gotland, used the medieval churches of Gotland as landmarks along the way. The pilgrims also used the social capital of the island: hospitality – sleeping in barns, trade – providing food from local farmers and fishermen and community – meeting people on the way.

The route started at an old watchtower in the south of Gotland, by Sundre Kyrka. Going north, the pilgrimage passed by and connected medieval churches, farms occupied since ancient time, beaches, artist studios, eco villages, seaports, museums and archaeological remains. The last stage of the route was accomplished under full moon, with the Fårö lighthouse as destination by sunrise August 8th.

‘Pilgrim’ stems from the Latin peregrinus, which originally meant foreigner, wanderer, exile, and traveller, as well as newcomer and stranger. The participants of Apostlahästar på Gotland discovered the island beyond the conventional tourist perspective, through the temporary role of the pilgrim. By wandering through the cultural heritage and natural environment of Gotland they explored the past of the island, in order to understand our present and visualize our future.

Juanma González is a Spanish artist currently working and living in Stockholm. He graduated at Kungliga Konsthögskolan in Stockholm 2016. Through the Brucebo grant and the AIR_BALTIC residency at BAC he has been able to develop his work on pilgrimage as a framework where he can join his Catholic background, the exploration of old sacred traces and the creation of new rites and social communities. Recent exhibitions and projects include: "A Pilgrim’s Way on Gotland" (2016), AIR_BALTIC residency BAC, “Öns Röst” at Frösö kyrka (2016) and “Vi är här “(2015) Galleri Mejan, Stockholm.

Read more about the project

Part of the AIR_BALTIC program at BAC, which is realized with support from Nordic Culture Point in the framework of Nordic Baltic Mobility Programme for Culture during 2016-2017.