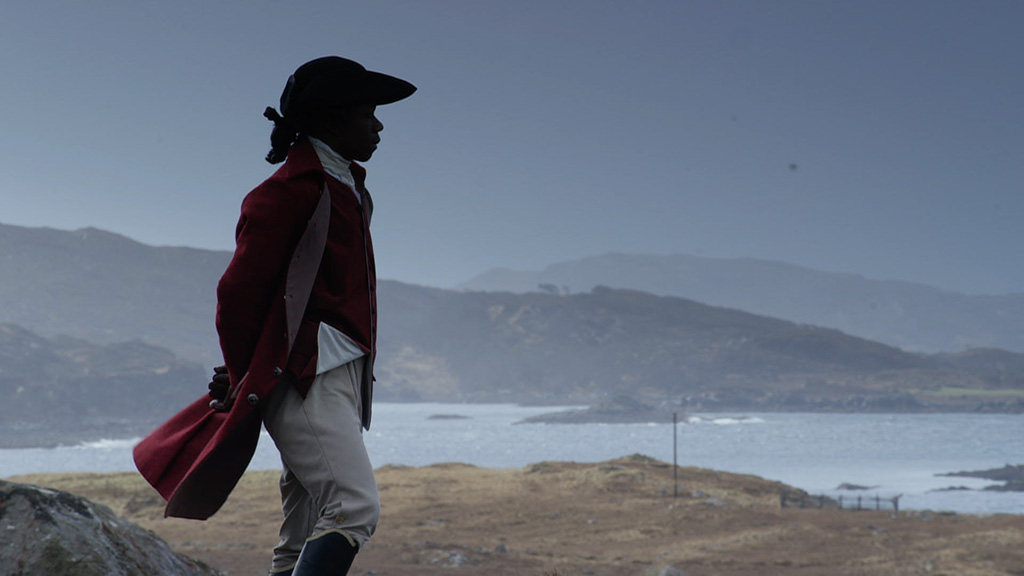 John Akomfrah’s new three-screen film installation, Vertigo Sea,  forms a meditation on whaling, the environment and our relationship to the sea.

BAC and Bildmuseet, Umeå university, are pleased to announce their partnership in supporting the production of John Akomfrah’s Vertigo Sea at the 56th Venice Biennale, All the World’s Futures, curated by Okwui Enwenzor and in its Swedish premiere at Bildmuseet on October 25th.

For the last 30 years and spanning cinema, television, and gallery-based installations, John Akomfrah’s work has engaged with questions of memory and identity, creating moving-image works which give a voice to the legacy of the African Diaspora in Europe. He fills the voids in history using archival material to create film essays and speculative fictional stories about our collective past. His innovative works, expanding the boundaries of the documentary form and the format of the film essay. In his poetic and polyphonic films, Akomfrah creates sensual audio-visual experiences while simultaneously exploring a filmic language that may comprehend the trauma and sense of alienation of displaced subjects.

John Akomfrah was born in 1957 in Accra, Ghana. He lives and works in London. He co-founded the seminal media group Black Audio Film Collective. His work has been shown in museums and galleries including the Liverpool Biennial 2012; Documenta 11, Kassel; the De Balie, Amsterdam; Centre Pompidou, Paris; the Serpentine Gallery and Whitechapel Art Gallery, London; and MoMa, New York. A major retrospective of Akomfrah's gallery-based work with the Black Audio Film Collective premiered at FACT, Liverpool and Arnolfini, Bristol in 2007. His films have been included in international film festivals such as Cannes, Toronto, Sundance, amongst others. Akomfrah has served on numerous film festival juries and as a member of many documentary festival committees. In February 2003, the Britain’s Screen Nation Film and TV Awards, awarded him their most prestigious accolade, a Life Time Achievement Award for his “pioneering and overwhelming contribution to a black and British cinema culture.”