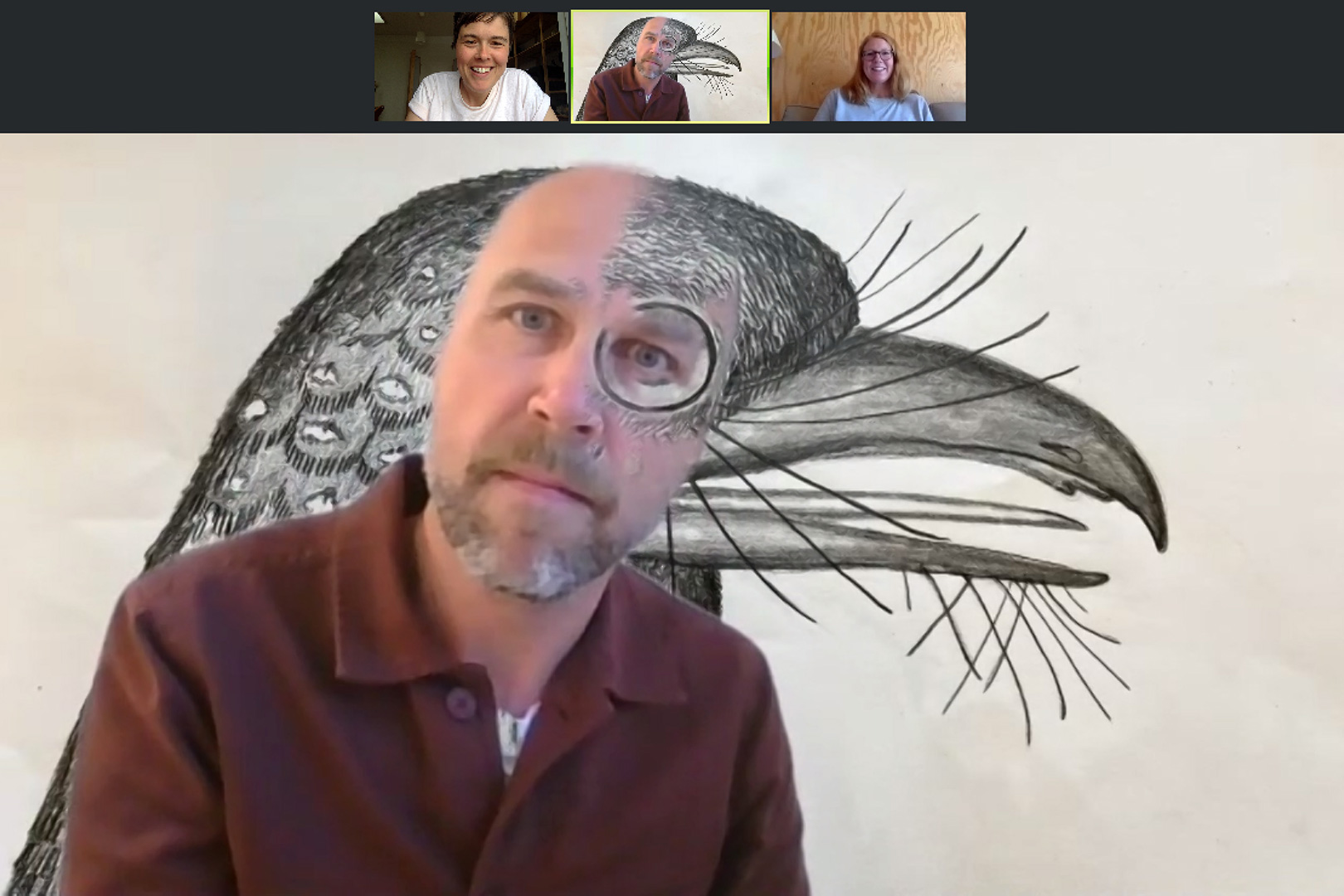 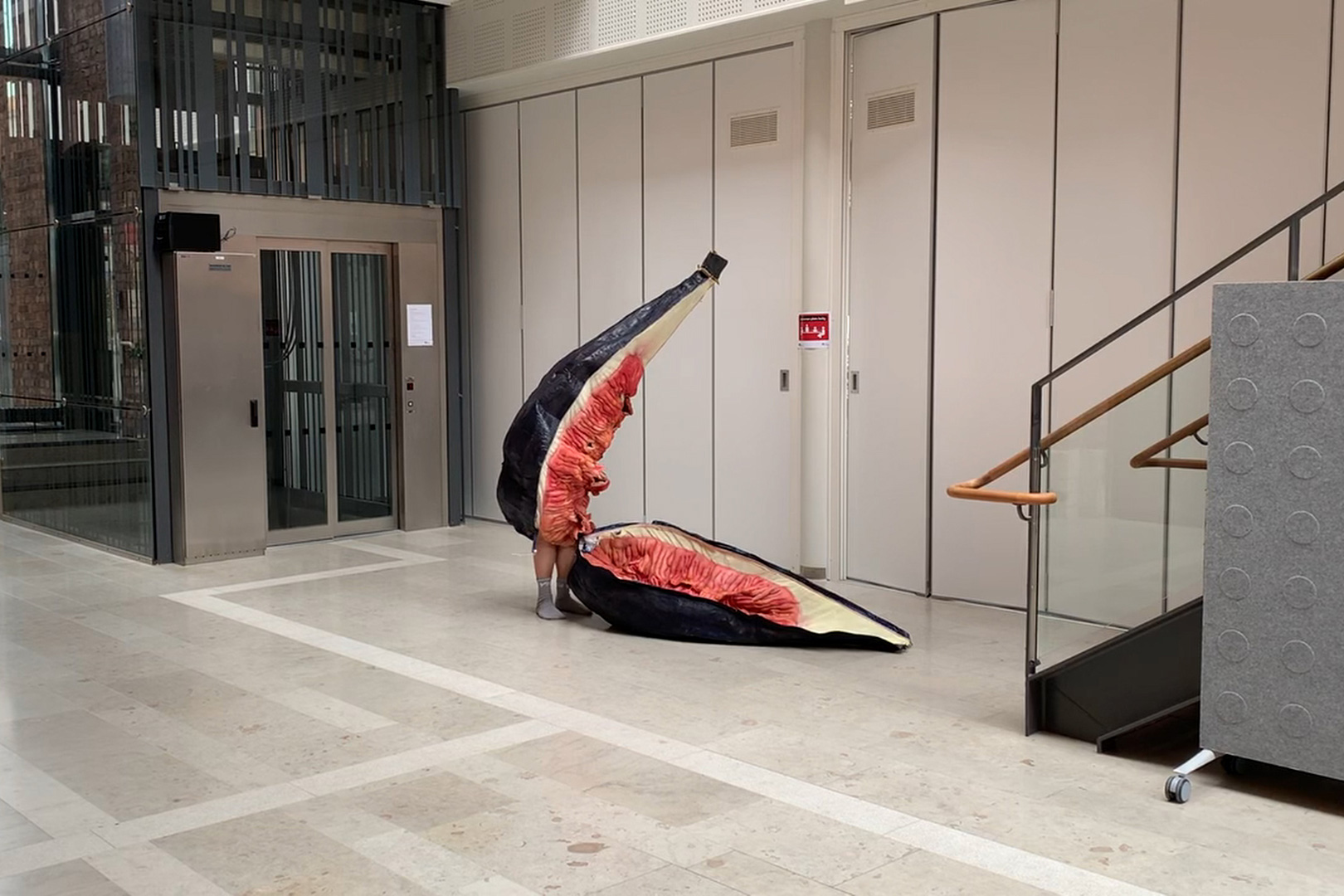 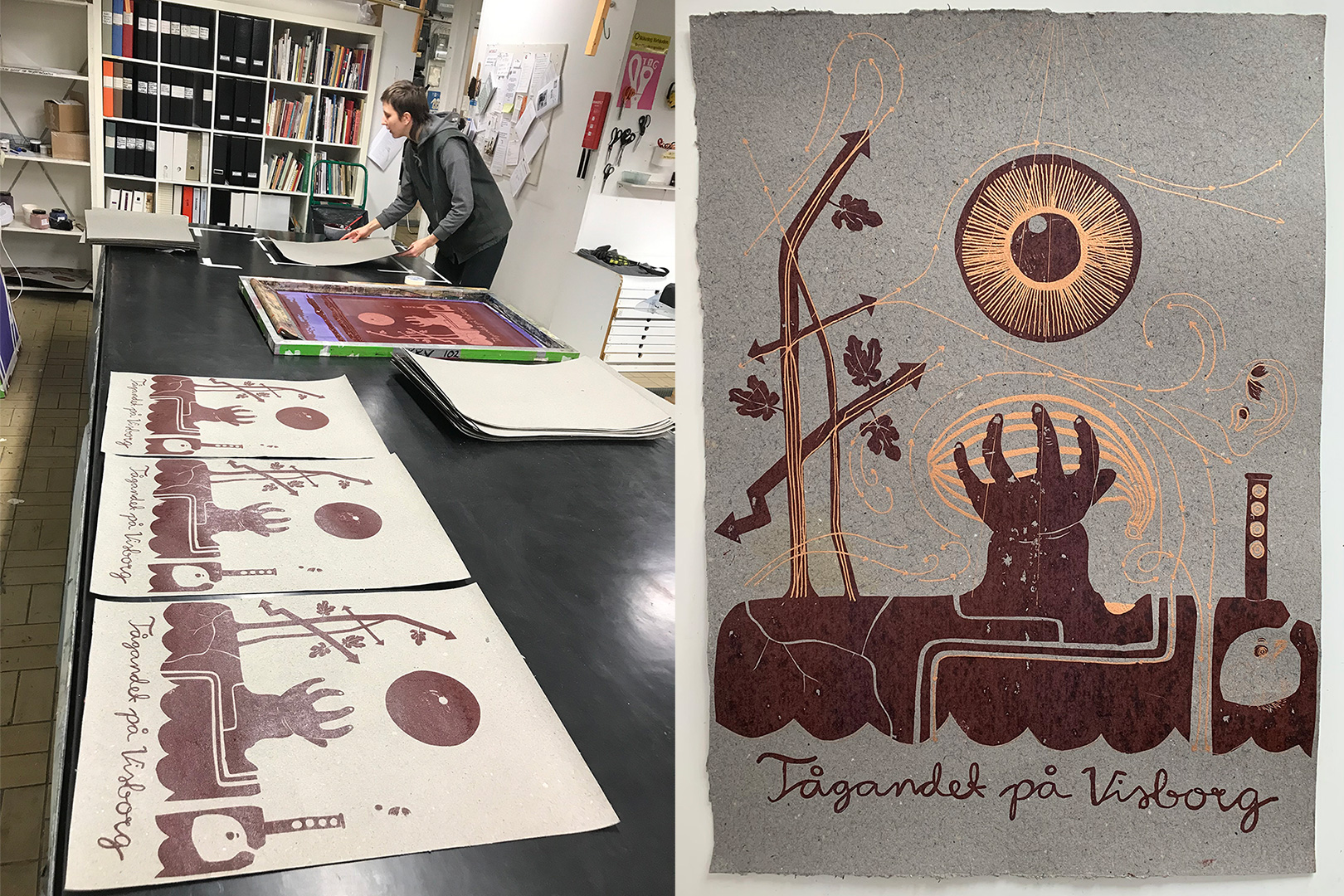 Ingela Ihrman has proposed a model for artistic participation where the result is not a realized work, but a realized process within the framework of the project. Her project has not primarily been aimed at those who will live and work in a future Visborg, but at the staff of Region Gotland who work with planning the district today. The artist imagines that the artistic gaze and thinking can trickle down through the work of these different people and influence the planning itself.

Throughout the project, the artist has conducted conversations with the Design group for Visborg and taken part in material, plans and thoughts. In parallel, her own process has generated images, objects, sounds, text and movements that connect parts of the urban development project with history, man’s approach to nature and specific plants and animals. The process within her artistic study has aimed at a work in the form of an imaginary procession entitled Marching on Visborg. As part of the project, the artist has carried out a test in City Hall in Visborg with a couple of collaborators who tried out marching in costume, blew notes in bottles and sang the specially composed choral song Gotland’s Water and Sewage.

“I wanted to create a project based on urban planning processes, fatigue and how the living can be described as an abstract movement – an inner flowing. Through basic choreography (walking on foot), costume / sculpture and voice / sound, I wanted to slowly build up a possible work – a quiet marching show that borrows its format (but not content) from traditional Swedish Lucia processions. My procession consists of loose units / individuals who have come together. You can compare with demonstrations, shoals of fish, parades, marches and military exercises. The procession creates an opportunity to meet under a pretext. But there are also risks in following – walking in old ruts, following manuals, dead fish swim with the current.”

The characters in the procession: black water/grey water, the fig and the oil bird can all be said to have a connection to underground or bodily fluids. On Visborg, there is water as in “water shortage” and “separated waste-water pipes”. The body’s black and yellow fluids are historical ways of referring to what we today call mental illness, fatigue and anxiety. The oil bird’s oil, which humans extract and use for oil lamps, bring to mind both human violence and the idea of the soul as a light. The fig character who can split says something about the experience of loss or what it means to make an incision through a (house) body to imagine an inner room.

The artist’s ambition with the project Marching on Visborg has been to create an art that is itinerant and that reaches out to people. These aims contain an amount of criticism against the lack of planning of cultural infrastructure on Visborg, but also a constructive solution to the problem.

I wanted to make art that is not confined to a limited area, as is often the case in public art commissions, but keeps in motion, just like life, art and urban planning. The procession seeks out and chooses its own place.

The project has offered a platform for joint reflection for the artist and staff working with the urban development, most often carried out in “downpipes”. The challenge of this project proposal has been to get the staff of Region Gotland and others to enter into a dialogue with the artist instead of being served a design solution. The question of how this artistic study can be implemented in the coming phases of the urban development project and ultimately contribute to the planned district is an open question and largely up to the participants. Marching on Visborg can, for example, be developed and scaled up in dialogue with schoolchildren, workplaces, choirs and orchestras and performed in public in smaller contexts or perhaps as a larger public performance.

Ingela Ihrman captures and puts aspects of urban planning at the forefront – from the technical to the existential, thus giving the new district and its development more complexity and greater depth.

Ingela Ihrman lives and works in Malmö but is active both in Sweden and abroad with exhibitions, public commissions and self-initiated projects in public space. In her artistic practice she works with, amongst other things, sculptures, drawings and performances and very often uses animals and plants to depict the human and social circumstances that we are part of.