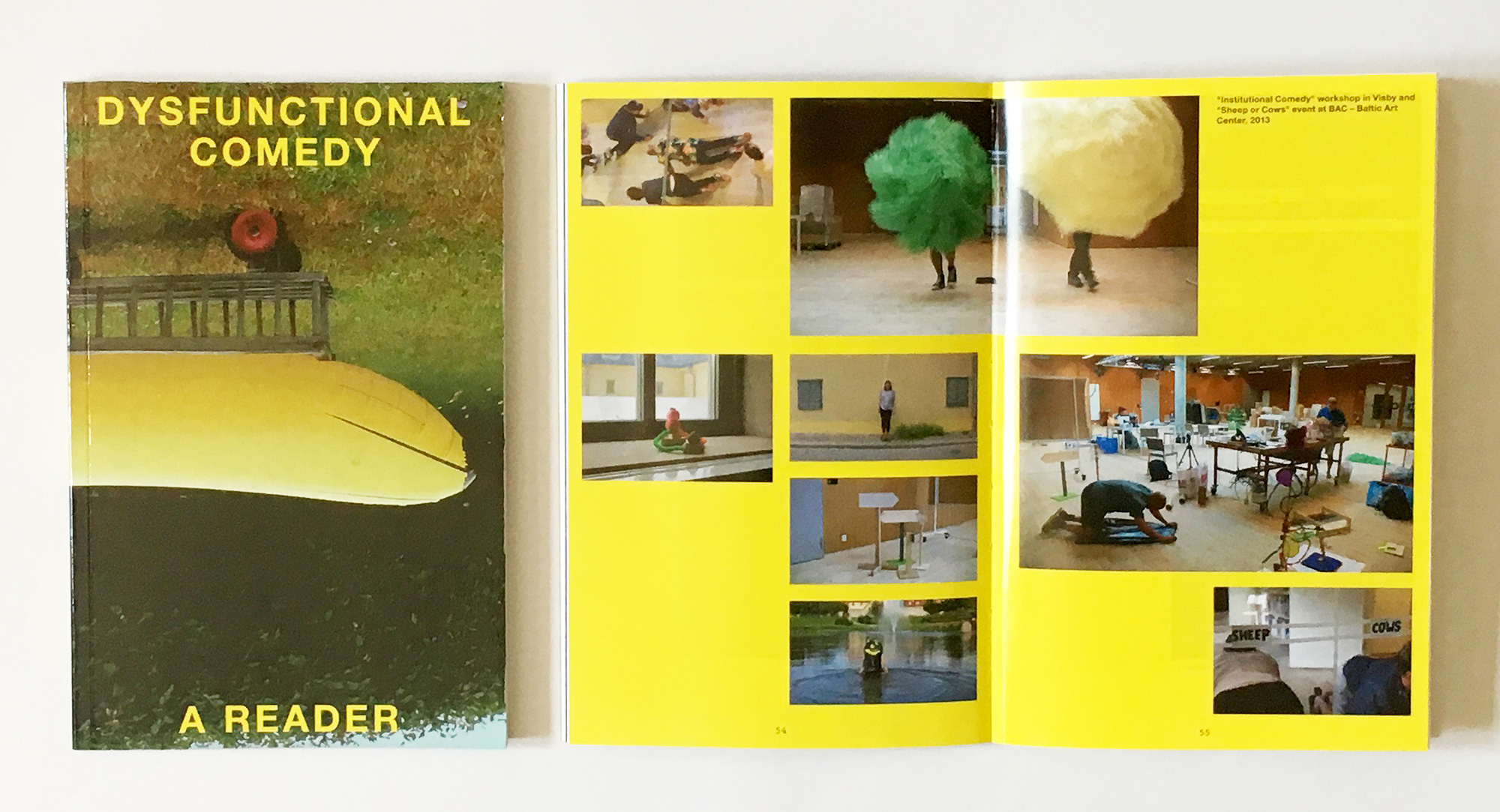 Dysfunctional Comedy documents a series of public events, performances, and workshops conceptualized by German-American artist Olav Westphalen and organized with different partners, mainly in Sweden, between 2012 and 2015. An intersection of practices, ideas, and images, this artist’s book/catalogue engages with representatives of different traditions and genres in comedic and cartoonist practices to reflect on the rich history of stand-up comedy and political satire.

The publication features more than fifteen artists and writers who engage with a variety of comedic techniques, often as a way to subvert the strategies and themes of stand-up comedy and rethink artistic performativity and audience participation. Public speech and the ways of addressing sensitive issues, stereotypes, taboos, and power relations are also examined, not only to seek new modes of public address, but to look critically at the art world and cultural-political operations, conservatism, and inflexibility.

Co-published with the Royal Institute of Art, Stockholm and Sternberg press.