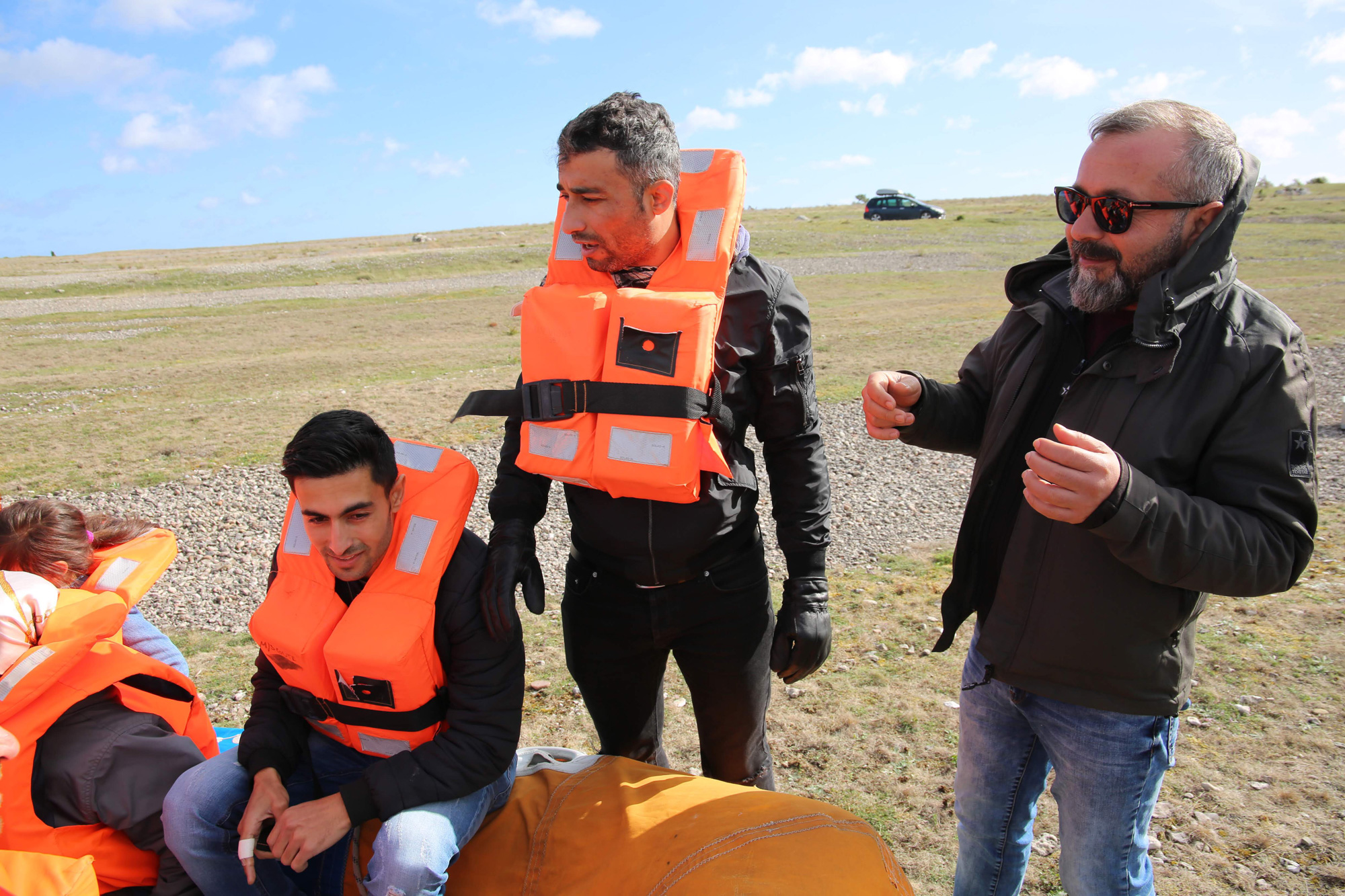 BAC invited Fikret Atay to Gotland in February 2018 to make research for a new work. In September, the same year he came back to shoot the short film The Flood, that revolves around experiences of escape and exile. The film was shot on location on the island of Asunden on Northern Gotland with a group of new Gotlanders.

Fikret Atay is a Kurdish artist that often works with the tensions that rise from the opposition between the Eastern and Western civilisations, civilians and military, tradition and experimentation: a situation he has lived through in his hometown, Batman, located in Turkey on the Iraqi border. Fikret Atay participates in the International Cities of Refuge Network programme (ICORN) and is based in Örebro, Sweden.

Support from the Swedish Arts Council grants for asylum artists.

The Flood was recorded with support from Film Gotland and Örebro konsthall.