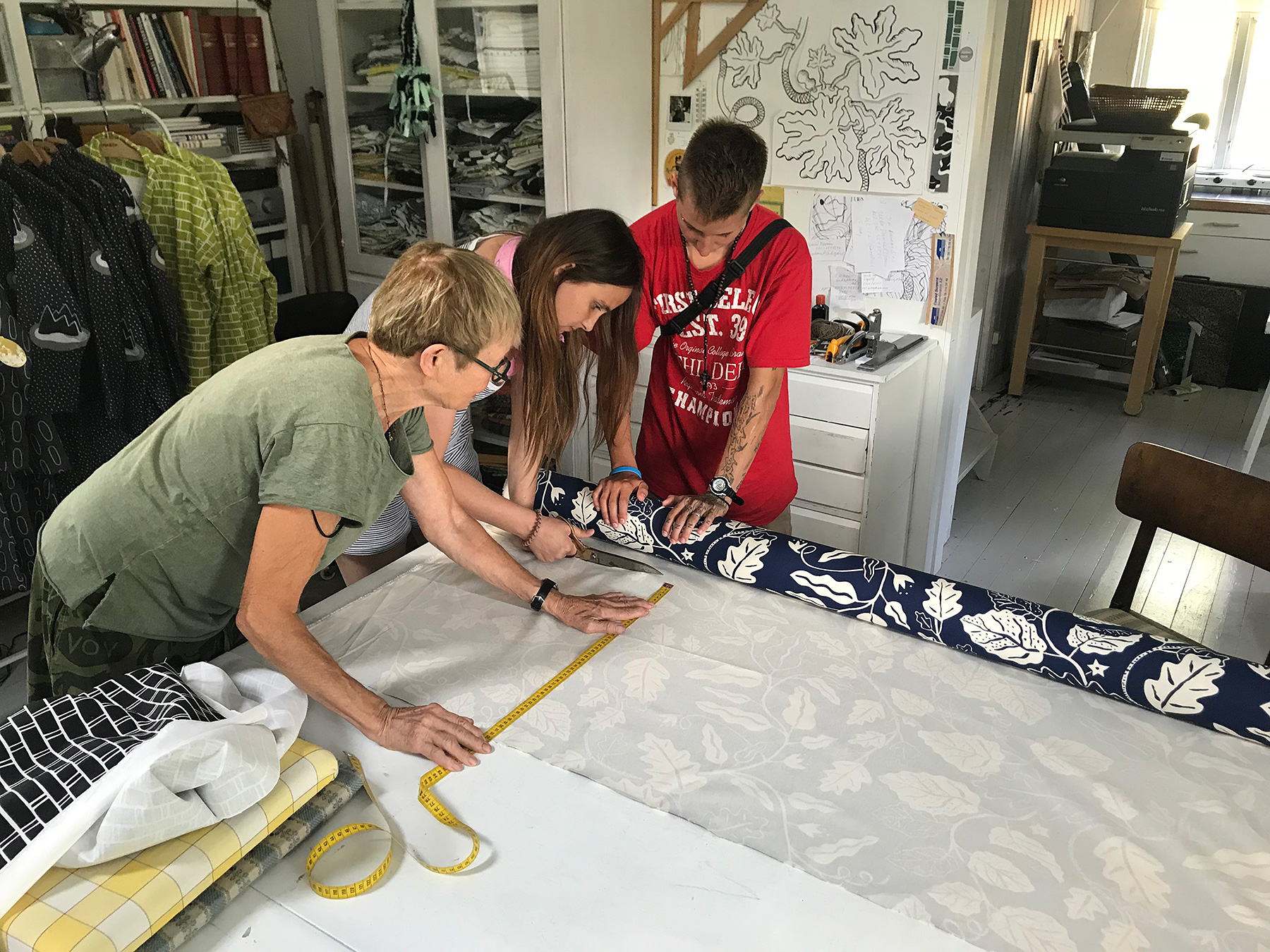 BAC has invited the American artist Sharon Lockhart’s to Gotland to continue her ongoing collaboration with young women from the Youth Sociotherapy Centre, a group home for girls in Rudzienko, Poland. Lockhart’s collaborative projects with this group of girls have resulted in significant and ambitious artworks. Together they produced the “Polish Trilogy”: Podwórka (2009), Rudzienko (2016), and Little Review (2017)–a body of work that includes film, photography, and publications. Notably, Lockhart represented Poland in the 57th Venice Biennale where she presented “Little Review”. The Polish Trilogy is a portrait of Lockhart’s collaborators as well as a story of the challenges of growing up without a home of your own.

Building on models of collective living and engagement, Lockhart and BAC is hosting a three-week summer residency for six girls on a farm on northern Gotland August 6-26th, 2018. During this time, Lockhart and her team will be living together with the young women, forming a collective household where they are creating a community based on trust and respect in the shared duties, joys, and responsibilities of creating a home and new collaborative works of art in the form of film, photos and textile.

Once they age out of the Youth Sociotherapy Centre, the girls are separated from friends with whom they spent most of their young lives. At the residency on Gotland the girls are focussing on working towards their own imagined futures. They are participating in a program of workshops that will teach them skills they will need to navigate adult life: cooking, organizing a home and developing their speaking and writing – also in English. Activities include workshops with local artists, architects, and designers. The girls are working with architect Jenny Lundahl, textile designer Gunila Axén,  potter Eva-Marie Kothe, as well as choreographer Camilla Båge, to learn how to create scale models for collective living, mathematics furniture restoring, pottery and movement.

At group dinners hosted by the collective, visiting lecturers like the architect Kerstin Kärnekull and artist Matts Leiderstam are presenting informal talks centered on Sweden’s unique history of alternative living. The young women have taken a short course with the astronomer Gunnar Welin to gain new tools to observe and absorb the landscape and sky in a new environment. Lena Pasternak, director Baltic Centre for Writers and Translators, organized a discussion on the daily life of a writer and poetry reading with the polish resident writers Krystyna Dąbrowska and Pawel Śpiewak.

Sharon Lockhart Over the past twenty-five years, Sharon Lockhart has created an extensive body of work in photography and film. Many of her projects involve years of in-depth research and collaboration with particular communities, which result in the creation of both photographic series and films. Between 2013 and 2017, Sharon Lockhart spent time in Poland creating work, inspired by the life and work of Polish pedagogue Janus Korczak (1878-1942) whose radical philosophy focussed on the voice of the child – a thematic that has appeared throughout her practice since the early 1990s. During the course of her time in Poland Sharon Lockhart had an ongoing collaboration with the young women of the Social Therapy Centre of Rudzienko. This collaboration resulted in a film- and exhibition trilogy, where the latest work, The Little Review represented Poland in the 57th Venice Biennial in 2017.

Sharon Lockhart’s Summer work on Gotland is supported by the Swedish Arts Council. The workshop programme with local artists on Gotland is made possible by Iaspis, the Swedish Arts Grants Committée’s International Programme for Visual and Applied Arts. Sharon Lockhart’s collaboration with the young Polish women is supported by Oriflame, neugerriemschneider, Gladstone Gallery and Film Gotland.

Special thanks to the Polish Institute in Stockholm that has been the project’s bridge to Poland and to Swedish-Polish networks in Sweden.

Also thank you to Baltic Centre for Writers and Translators for hosting special events in connection to the Sharon Lockhart project.

Sharon Lockhart took part in the Gotland Film Lab residency in the summer of 2016. During the residency Lockhart reached out to local Gotland youths and BAC hosted a film screening at Tors Gård Ungdomshem – a home for youth. The three weeks long stay also included film and photographic work at Ingmar Bergman’s Estate and other sites on Gotland sites. Gotland Film Lab residency were made possible with the support of the Swedish Arts Council’s Regional Development grant.