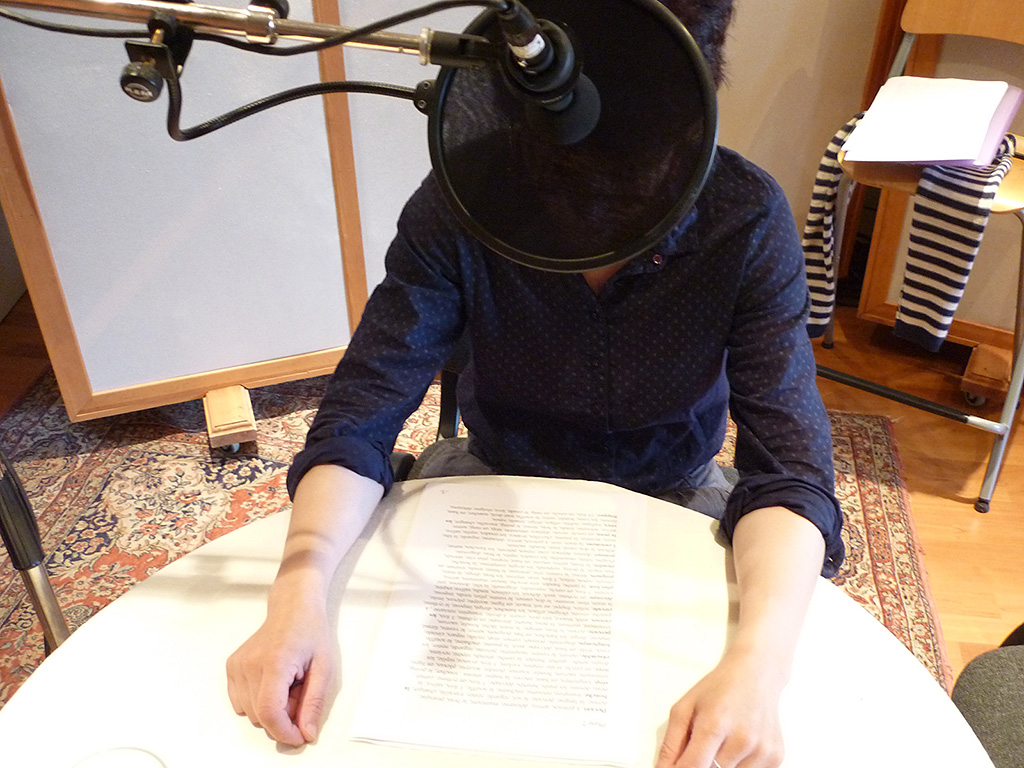 You are a dancer

An application of the process re action

You are a dancer is a radio-play created by Annie Vigier and Franck Apertet (les gens d’Uterpan). It is made up of six sessions that specifically interpret six radio formats (jingle, hit single, report, lesson, reportage, documentary). The content of the sessions exploits the language associated with a choreographer’s work, their protocols of airplay are a response to the standardisation of radio’s mediums of information.

“Our strategy re-visits radio as a source of connection to the world, a vector of knowledge and a democratic medium. Because it reaches people in their intimate sphere, radio allows us to act without discrimination upon free, anonymous individuals – unlisted and unsolicited – citizens, in the true sense of the term. For us, radio proposes a fundamental way of increasing the social space of performance and the relationships of an individual with other individuals. You are a dancer proposes a unique relationship among the heads and programmers of radio, the commissioners of the radio-play, artists and the listening audience.”

Within the framework of the residency at the CAC Brétigny (since 2009), the choreographers Annie Vigier and Franck Apertet (les gens d’Uterpan) propose with Pierre Bal-Blanc (director of CAC Brétigny) and Philippe Vannini (president of Aligre FM 93.1), and extension of the exhibition space through the use of radio, lasting one entire year.

Freies Radio Innsbruck FREIRAD, June 6 – Dec 9, 2016. On invitation by Andrei Siclodi (artistic director Künstlerhaus Büchsenhausen, Innsbruck, Austria) the choreographers Annie Vigier and Franck Apertet (les gens d’Uterpan) propose an extension of the Künstlerhaus’ exhibition space through the use of radio. During six months four sessions will infiltrate the regular program of Freies Radio Innsbruck FREIRAD. The News are recorded in German especially for this occasion. The audience can follow it on MHz in the region around Innsbruck as well as online.

Aligre FM 93.1 Aligre FM 93.1 is a historical radio of the Parisian FM band. For more than 30 years, it cares about highlighting the cultural and artistic diversity in Ile-de-France. Being primarily engaged in the promotion of human rights, Aligre FM 93.1 has always shown an active attitude toward the fight against any kind of discrimination. Partners: CAC Brétigny, Radio Aligre FM 93.1

You are a dancer was commissioned and produced by BAC-Baltic Art Center in the framework of its Production-in-residence program 2012 with the kind support of Stiftelsen framtidens kultur.