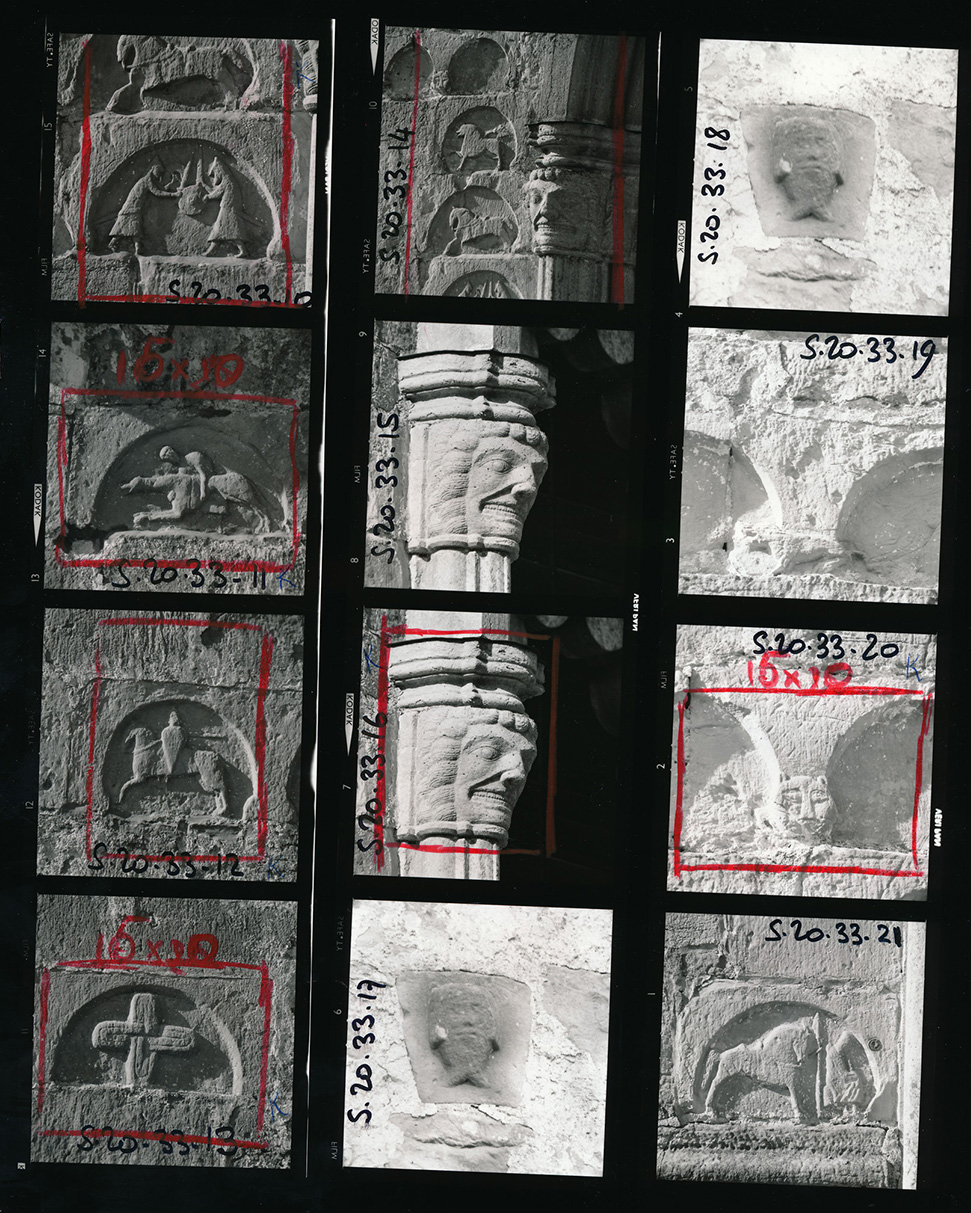 Within the framework of Case Study: Gotland, the Baltic Art Center is hosting “SISV”, by Stockholm-based artist Henrik Andersson, as one of its longer-term artistic researches, in order to spark a dialogue about specific chapters of Scandinavian cultural history and engender new readings and comparisons. Working together with academics and institutional partners, the aim is to build a complex understanding of how concepts of cultural, social and political narratives are made and how the production of heritage can be investigated  through specific case studies that are anchored in Gotland, but which contextualize the work of international experts.

Anyone with a keen interest in Norse mythology, art and archaeology may find it well worth their time to visit Grötlingbo, a small village located towards the southern end of the island of Gotland, in the Baltic Sea. Behind the medieval stone church in the graveyard, among the scattered tombstones, there is one whose peculiar twisted form separates it from the others:  atop a cubic stone base stands an approximately 50-cm-tall bronze sculpture in the shape of a bust. The contorted portrait gives the impression of a lump of clay thrown to the ground. This marks the final resting place of internationally acclaimed Danish artist Asger Jorn (1914-1973). Jorn was well known both for his extensive oeuvre of abstract expressionist paintings and sculptures and for being the founding member of important post-war avant-garde movements such as the COBRA (1948-51) and the Situationist International. 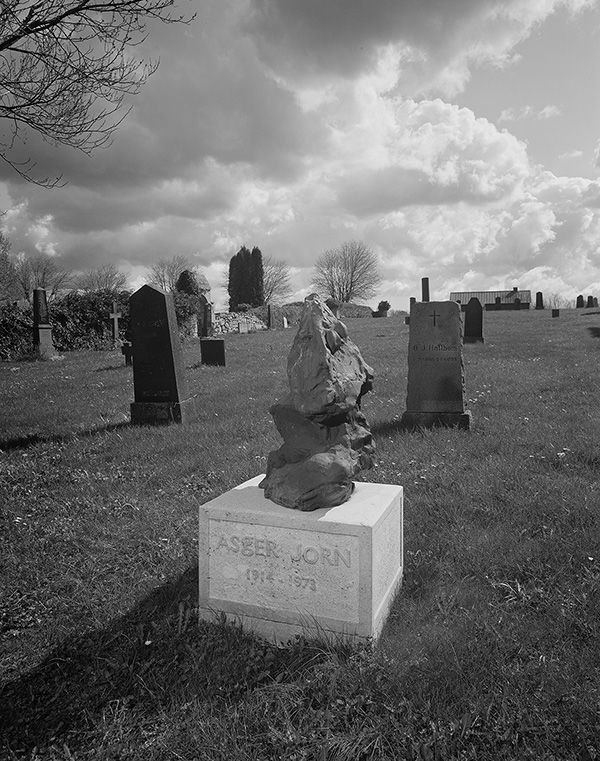 This gives rise to the question: “Why does this famous artist have his final resting place in this particular place on Gotland?” Jorn had no family from the island, but, according to a local artist, the area was something of a spiritual home to him. Throughout his career, Jorn found inspiration in folk art, which he saw as an immediate expression of creativity. Following his break with the Situationist movement, he in 1962 founded , together with a scholarly group consisting of Peter Glob and Werner Jacobsen (National Museum of Denmark, Copenhagen) and Holger Arbman (University of Lund, Sweden), the Scandinavian Institute Of Comparative Vandalism (Skandinavisk institut for sammenlignende vandalisme – SISV), which was intended to operate both as a publishing house and as a research centre bringing together different disciplines ranging from archaeology, art and cultural history to the visual arts in order to revisit the legacy of pre-Christian Scandinavia, within the European context. Jorn was working towards what he called “10,000 years of Nordic Folk Art” (10 000 års nordisk folkekunst), a series of 32 books with photographs of historical artefacts based on his research and documentation. The content was to be assembled and edited together with the assistance of both scholars from academia and the publisher, Skandinavisk Forlag. Jorn worked with the design and layout of the extensive photographic material and as editor of the books. His artistic ambitions later proved to be a hindrance to the realization of the series (only one book was published in his lifetime), as the academics grew increasingly critical towards his approach and work methods, which led Jorn to terminate the project.

The archive of the Scandinavian Institute Of Comparative Vandalism is now housed in the Museum Jorn in Silkeborg, Denmark. Together with manuscripts, it consists of over 25,000 photographs (mostly negatives and contact sheets) taken by French photographer Gerard Franceschi and Ulrik Ross, who had been commissioned by Jorn to document historical artefacts during their trips through Scandinavia and Europe. Andersson’s research is aimed at inventorying the archives, while at the same time questioning the accumulated material, its history, and its past and current status and context, as well as the aesthetic and political implications of Jorn’s encyclopaedic comparative method – his work as an artist-historian operating in the field of scientific historical research, with the research itself as his artistic material. (text edited from the artist’s proposal)

Henrik Andersson (born 1973, in Gothenburg) is an artist, curator and writer. He studied photography at Gothenburg University (1997- 1998), received his MA from Konstfack University College of Arts, Crafts and Design, Stockholm in 2003, where he also completed the curatorial course (2001-2002). Andersson taught at the School of Photography, Gothenburg University (2007-2011) and served as curator at the Röda Sten Konsthall in Gothenburg (2007-2009), where he organized numerous exhibitions. He has been a member of the editorial board of the Swedish art magazine Paletten since 2012. In Sweden, he has exhibited his own work in Stockholm at Moderna Museet, Index – The Swedish Contemporary Art Foundation, Konsthall C and MAP, and in the Baltic Art Center in Visby, and abroad at Tirana Biennial 3 in Tirana, the Berlin Märtz Festival at the Hamburger Bahnhof in Berlin and at Dissonanze at the Chiostro del Bramante in Rome, among other places. Andersson was the co-curator of the 2003 International Biennial for Contemporary Art in Gothenburg and of A Space On The Side Of The Road, at Röda Sten, Gothenburg, in 2009 (with Kajsa Dahlberg).