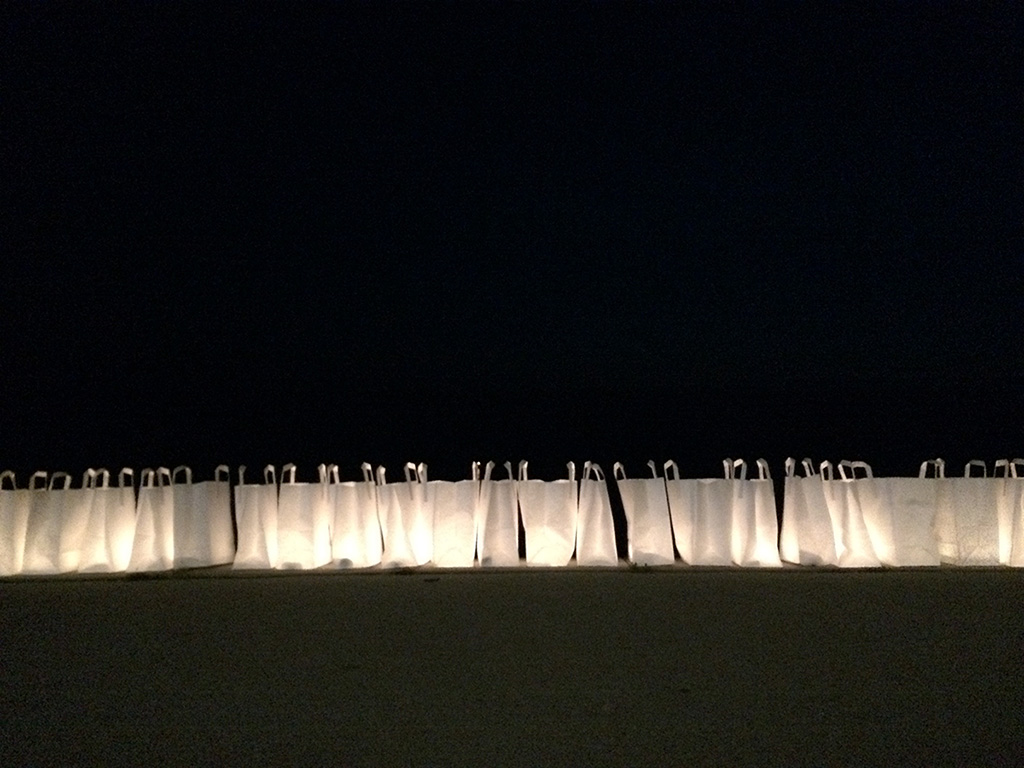 A ‘Pop-Up’ Dialogical Space in Visby

Lisen Kebbe, Ann-Margreth Olsson and Gail Simon of the The Måfå Research Group were in residence at BAC for a few days during July after presenting at the 15th International Bakhtin Conference in Stockholm. Måfå Research is a systemic action research consultancy using the conversational arts and improvisation to promote dialogue and understanding in communities and organizations.

Sometimes when you plan things, really plan, they don’t go the way you imagine. After discussions at BAC–Baltic Art Center, the Måfå Research Group decided that too much planning would exclude space for things to evolve in this outdoors event. Instead, we shifted our attention to create something which allowed for the random, for the unexpected, for a co-created space; a space which let in air and light with openings for people to invite themselves.

Dialogue is, of course, something that doesn’t just take place in outer talk between people. Here it involved people wondering in their inner dialogue, being in relation to an old space in a new way, using the medium of their phone camera to take pictures of something they came across to show others. This is all dialogue. And inclusivity. But there was outer talk too. “What’s in the bags?” we were asked. “What would you put in the bags?” we asked back. Love, hope, tenderness, care, people answered. “Hey!” said one young man, “I was just coming over to challenge you! I thought you wanted money from people. And then I saw, you were just drawing people in. This is beautiful!”

When we looked around at the blank white paper bags with candles burning in them we thought, yes, we were right not to put words on the bags. Bags, in this world, almost always have words on them. We live in a highly worded world, where words are synonymous with influence, usually with a socio-economic agenda. Instead, visitors made their own meanings, and chatted. The young men who had been doing acrobatics on the concrete and grass came and helped us lay out the installation and then continued to run through them in their build up to great leaps of faith. One of the young men recognized his teacher who came to see the installation. He hugged her with warmth and respect. Another young man hung around, despite us not having cigarettes to offer him. It was enough to talk and be involved. 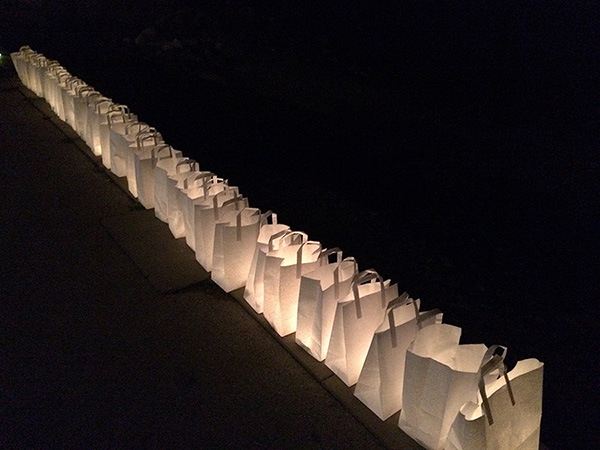 After deconstructing the installation and reconstructing it along the sea wall, we allowed it to go into its further incarnation, flames to the sea’s edge. Like we too continue to change and take on different forms on the edges of chance meetings.